For eight years, no Microbiology student of University of Nigeria Nsukka(UNN) could emerge with First Class Honours, until 2012, when Ojobor Chidozie came, saw the situation and conquered it, emerging the best graduating is his department with first class. He went head in his Master’s Degree to clinch 5.0 CGP. But Chidozie, now a lecturer at the UNN, was not a typical book worm. He socialized, participated in campus politics and was an executive in his fellowship. How did he achieve this feat? In this interview* with JOSEPH DINWOKE of BROJID.COM, he shares his secrets.

Tell us a bit about your sojourn on campus. How was the sojourn?

It was not an easy ride; but it was memorable and quite experiential.

There are times when students in a bid to study hard, dissociate themselves from other people so much that their lives are all about reading and they know nothing about other things. What do you think about this?

I think stereotype is not a good thing. Not even in this get age; this age of civility. But you understand that what is obtainable now is that when it’s time to socialize, students do it effectively. When it comes to football matches, they do it effectively. They do every other thing right but academics.

Stereotype is not a good thing but when you learn how to things at the right time, you won’t be steroyped.

This is the problem. Some students attend fellowship when they are supposed to be reading; that’s wrong! I’m a Christian but that’s wrong. You should your allot time well and that basically settles every other thing. When  you allot your time well, you don’t have to be a triangular student. I was not a triangular student. I am even among those that organized my departmental picnic in final year.

When I was an undergraduate, I was a departmental union president, an executive in my fellowship; yet by God’s grace, I still came out the best graduating student in my department after about eight years of no one getting a first class.

So, these things are very obtainable but they have to do with your ability to allot your time effectively.

You said that you are a Christian. So, I want to ask you this question. There is this view I noticed many Christian students hold on campus. They believe that they are first Christian before being student, there for the ‘ministry’ will take priority over their academics. What do you think …?

When your classmates see that you are doing tremendously well in class, naturally, they will be obedient to you. They would want to follow you.

I think Christian students should know that the first port of call of evangelism is doing well academically. 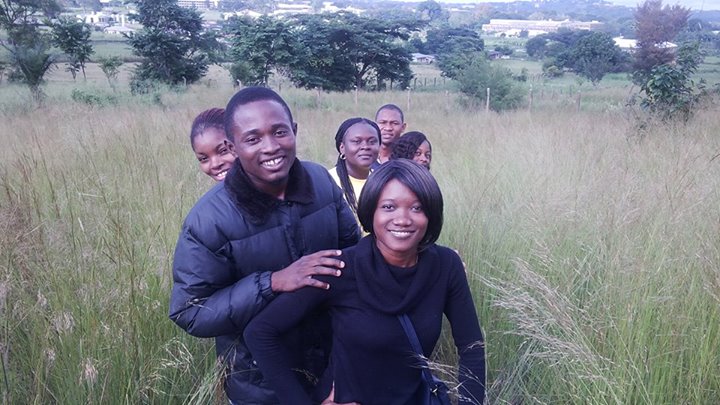 Earlier, you mentioned different extracurricular leadership positions you held; yet, emerge the best graduating student in your class. How did you do the magic?

Tell us a bit about your sojourn on campus. How was the sojourn?

It was not an easy ride; but it was memorable and quite experiential.

Did you encounter any challenge that made you feel you won’t get first class again?

For me, before I got into the university, First Class was a target. I didn’t bump into first class. I worked for it. I studied for it. I calculated my GP every semester. I knew the grades I wanted not to fall below a particular CGP.

The sojourn was not particularly easy but amidst everything, I knew that there was nothing I was going  to experience that I won’t have the capacity to surmount.

I have a personal question to ask. How many girl friends did you have on campus?

(General Laugher) Like you said, that’s very personal. (More laughter) I had many friends, both male and female, and I enjoyed my friendships.

*This is the first part of our interview with Chidozie Ojobor on the secrets of his outstanding sojourn on campus, in the weeks ahead; we will serve the remaining part. Trust me; the next part is more refreshing, in-depth, and full of nuggets.

Keep a date with us next week for another interesting edition of Campus People. It can only get better.